Johns Hopkins CEIRS has just passed its one-year anniversary this April. The CEIRS website staff interviewed the Center Principal Investigators to report on the unique strengths of this Center within the CEIRS network as part of a new article series highlighting each Center. 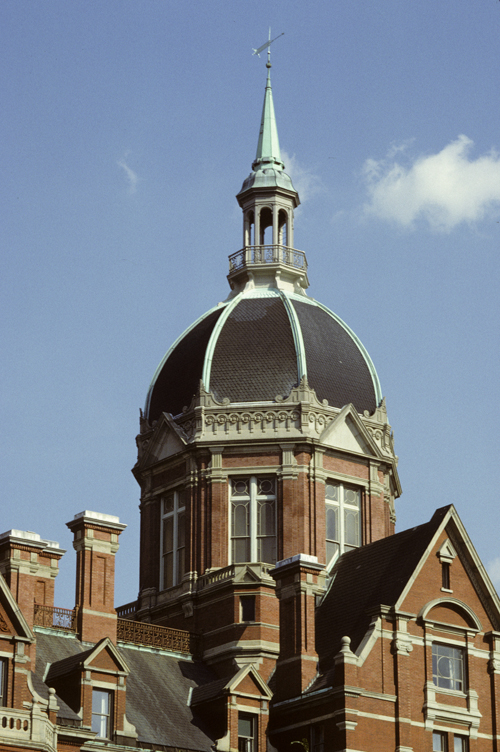 Johns Hopkins CEIRS (JH-CEIRS), the newest CEIRS Center, exhibits a convergence of three areas of expertise: basic science, clinical research, and public health preparedness. The Center is co-directed by Dr. Richard Rothman, an emergency physician with a Ph.D. in cell and molecular biology who has a long track record of conducting successful translational research, and Dr. Andrew Pekosz, a Ph.D. virologist with over 18 years of experience in influenza research. JH-CEIRS has a strong research focus in human influenza, deepening the CEIRS network’s capacity in human influenza surveillance during the second-generation of CEIRS contracts. In addition to researchers at Johns Hopkins University and the Applied Physics Laboratory, JH-CEIRS brings scientists from Chang Gung Memorial Hospital in Taiwan, Vanderbilt University, and IBIS Biosciences into the network.

One strength of JH-CEIRS is its use of cutting-edge technology, especially in the area of diagnostics. JH-CEIRS utilizes a rapid, high-throughput diagnostic assay for influenza that can characterize large numbers of samples, providing rapid genetic fingerprinting of all influenza A virus strains. This allows the Center to quickly identify samples of interest from human surveillance studies conducted in the US and Taiwan and then rapidly move those samples into their research pipeline. Once a novel strain of influenza is identified, it can be characterized through detailed genotyping within 48 hours. The virus can then be studied across multiple research groups in the Center, including an interdisciplinary team that will synthesize the virus and study its evolutionary potential using a microfluidic culturing platform to perform billions of experiments in as little as one week. These studies will inform modeling to predict the pandemic potential of identified strains. This advanced modeling can forecast how the viral characteristics of high interest strains impact the spread of the virus through the population, potentially helping develop more effective response plans for emerging influenza epidemics or pandemics.

As the newest CEIRS Center, JH-CEIRS has enjoyed being involved in cross-CEIRS collaborations involving primary cell culture cores, virus risk assessment, and the ferret reagent core and is eager to continue to find scientific partners within the CEIRS network and in the broader scientific community. The Center hopes the technologies and pipeline they are working to develop for influenza can be leveraged in the future to team with more collection sites and to expand to study other respiratory diseases, particularly emerging ones. They look forward to continuing to build connections throughout the CEIRS community to share resources and ideas, and strengthen influenza pandemic preparedness and response.