Jerry Parker, the Data Manager for the St. Jude Center of Excellence for Influenza Research and Surveillance (SJCEIRS), retired in February 2017. The DPCC Communications team interviewed Jerry about his time with SJCEIRS.

Since the start of the CEIRS program in 2008, Mr. Parker has been the principal architect that developed and maintained the SJCEIRS data management systems, many of which are still in place today. As both a pioneer and guinea pig for CEIRS, he described the early days of the program: “in the beginning, there were no rules for submissions or data standards.” Jerry spearheaded collection and submission of data to the Influenza Research Database (IRD) while navigating communications with scientists contributing the data, often with a sly smile in tow. “If it weren’t for Jerry and his patience, I’m not sure how much would have been accomplished in that first year,” said SJCEIRS Center Coordinator Dr. Pam McKenzie, who originally hired Jerry. Other colleagues commended Jerry for his ability to work through challenging processes and “take things in stride.” 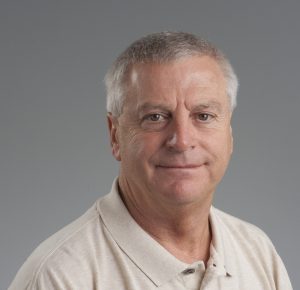 Mr. Parker began his career in accounting and finance after graduating from the University of Memphis. He transitioned to the field of database development, having worked for various accounting firms to design and build their back-end systems, and earned a second degree in Computer Science in the early 1990s. These experiences cemented an understanding of how large databases operate and how their structure affects the usability of the data. “To develop the best organization system for the data, you have to know how the database functions and how people will use it,” said Parker. In 2001, he accepted a position in the Information Technology department at St. Jude Children’s Research Hospital to develop systems for clinical data, contributing to their leading work in cancer research and treatment. Jerry’s involvement in clinical data management at St. Jude was fundamental in establishing SJCEIRS workflows for transferring data to the public. “My experience in creating databases at St. Jude was essential during the creation of the SJCEIRS database. It is the combination of the back-end knowledge of data structures with training in computer science that is needed for this role,” said Parker.

Jerry’s most rewarding experience while at St. Jude was tackling the challenges of and successfully structuring multiple scientific databases. “I hope my greatest achievement was presenting the benefits of a computer database to advance the research capabilities of our department,” he said. Although much of his efforts were behind the scenes, Jerry understood the importance of the work and paired his expertise with that of scientists to turn the SJCEIRS data management program into the success it is today. Speaking of nearly a decade with SJCEIRS, Jerry said that “every day was a new adventure.”

Here’s the thing, Jerry’s influence on the SJCEIRS program will be long-lasting. His work provides a foundation for the evolution of data management at St. Jude. As for the future of data management, he believes that automation will be key. Automated entry of records will be instrumental to next-gen data processes with the increasing number of samples and breadth of data collected. Jerry is looking forward to remodeling his home and traveling in his next adventures. From taking things in stride to making great strides, congratulations to Mr. Parker on retirement, and thanks for the groundbreaking work!