Dr. Richard Cummings, an investigator with the Emory-UGA Centers of Excellence for Influenza Research and Surveillance (CEIRS), recently joined Harvard Medical School and Beth Israel Deaconess Medical Center. The CEIRS DPCC staff took this opportunity to talk to Dr. Cummings about his research on glycobiology and influenza. 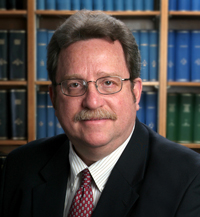 Dr. Richard Cummings, one of the foremost experts on glycobiology, recently accepted a faculty position at the Harvard Medical School; he is now the Vice Chair of Basic and Translational Medicine in the Department of Surgery at Beth Israel Deaconess Medical Center. Dr. Cummings left Emory University School of Medicine, where he was Chair of the Biochemistry Department, for his new position. Now based in Boston, Dr. Cummings continues to be part of the Emory-UGA CEIRS Center.

Dr. Cummings has been studying glycobiology for many decades. Glycobiology is the study of the role of carbohydrates in biological processes. Unlike proteins and nucleic acids, glycans (or sugars), are not coded into the genome. Rather, glycans are typically added onto proteins through a complex mechanism that is genetically determined, but can be altered by cellular environmental factors. The addition of glycans to proteins, which can happen in many combinations, provides new recognition sites and can change the way proteins function. Although critical for the diversity and complexity in biological processes that we see today, the innumerable combinations of glycan additions, the lack of reagents, and technological hurdles make glycobiology challenging to study. “The biology [of glycans] is difficult, and most people tend to study things for which they can get reagents and technology. Glycomics [the study of all the glycans in an organism] has been hampered by the lack of such reagents and unique technologies,” observed Dr. Cummings.

Pointing out that “A high percentage of a person’s body is composed of complex carbohydrates,” Dr. Cummings said, “Only in the last decade have we realized the role of glycans in human development, disease, and recognition by infectious agents.” He expanded, “We are discovering that many human diseases, including cancer, inflammation, aging, and infections, feature changes to the glycome.” Just as the genome is the compilation of all genes, the glycome is the complete assortment of all glycans. Technologies like microarrays and mass spectrometry have been critical to studying the glycome. As Dr. Cummings noted, “By mapping the glycome we will have a roadmap or a background to compare any changes against, and a better way to understand the pathology and biology of diseases and disorders.”

We asked Dr. Cummings how he came to study glycobiology. He said, “As a student, I saw cartoons of cells, with a membrane around human cells with arrows pointing to glycoproteins. They were always around the membrane of every cartoon of a cell, but we knew almost nothing of what they did or what their function was.” He pointed out, “Every cell in every organism is covered with carbohydrates, and we don’t understand all their functions, but we know they are developmentally and genetically regulated, so I dedicated my career to studying them.” He added, “Complexity never daunted me – I like complex problems. I like to do the New York Times crossword, which is pretty easy compared to the glycome.”

Dr. Cummings is the Director of the NIH-funded National Center for Functional Glycomics, which focuses on technology development to understand the role that sugars play in human biology and disease. Named the Center for Functional Glycomics precisely because its scientists are looking at glycan structure and function, the Center is the only one in the world that offers “microarray technology and databases for anyone from all over the world to use,” said Dr. Cummings. Over the last decade, his research group has been instrumental in developing glycan microarray technology . As he explained, “Different circulating [influenza] strains recognize different carbohydrates. We have been the leaders in developing [glycan] microarrays for the influenza community to identify carbohydrates recognized by influenza virus.” When asked why it is important to identify the carbohydrates recognized by influenza virus, Dr. Cummings clarified, “Mapping the virus genome against the glycome it binds to will hopefully give us insights into pathogenicity and why some influenza strains are very dangerous and why some are less so. That can help us distribute resources and to determine which influenza strains need to be monitored or researched more.”

Glycomics, a relatively new field, can not only help us understand the biology of influenza virus infection, it can also help develop new treatments and diagnostics for influenza, as well as to potentially tailor these treatments to individuals. As Dr. Cummings explained, “Some people have antibodies [to influenza], which are measured by the ability to neutralize [the virus], which in turn blocks the virus’s ability to bind carbohydrates. We think we can develop high-throughput screenings for individuals who do not have antibodies against influenza. Screening can tell you if you do or don’t have any antibodies to the circulating strain and prioritize those individuals that need to be vaccinated.”

When asked what the next big leap in influenza research needed to be, Dr. Cummings commented that there are several parallel leaps that need to happen. “One would be readily available treatments to prevent infection of any influenza virus, not just the prevalent ones that we are vaccinated against. It could be in the form of antibodies in lozenges, pills, or a mouthwash. Immunologically, developing cross reactive antibodies or vaccines that produce cross reactive antibodies would be another huge leap.” Going back to his glycobiology roots, Dr. Cummings speculated that “Recognizing that the virus itself has its own glycoproteins, carbohydrates on its glycoproteins must be important, so maybe new treatments could prevent virus binding to carbohydrates to reduce viral replication and reduce viral load. This would be clearly helpful to young and old people who are more sensitive to the virus.”

Paraphrasing Einstein, Dr. Cummings said that he is a firm believer that one’s education should not hamper one’s learning. “As educators, we have to encourage creativity and originality” adding, “The common theme among scientists is the love of science and the joy of discovery. Never forget how fun it is to be creative, never lose fascination of science and the love of acquiring knowledge.”

Not only is Dr. Cummings a world-renowned researcher, he has also founded two biotech companies. Asking him to share his experiences with start-ups, we learned that patience is indeed a virtue. “Although it was a long course of raising funds, working with entrepreneurs and venture capitalists, and keeping the company viable, we learned that the stealth approach worked best,” said Dr. Cummings. “We stayed below the radar, spent money wisely, and paid the people who knew how to run a business.”

We asked Dr. Cummings what young scientists can do to better equip themselves to function in today’s research environment. He optimistically said, “I think things are much better today than ever. When I was young we had to go to the library and find a book, more often than not there was only one copy, if any.” He added, “I encourage young people to exploit the information available and the access to scientific networks around the world. In the past you might imagine the lone scientist sitting in their lab, but now teamwork and interaction are vital and provide great opportunities for success.”