Home > News > Behind the Bench: Highlights from the 2016 Annual CEIRS Surveillance Meeting

This edition of the Behind the Bench (BTB) column is written by Joshua Lorbach, a graduate student at The Ohio State University, who studies the ecology and epidemiology of influenza and other viruses in birds and swine. The BTB series publishes articles written by CEIRS Network graduate students and postdoctoral fellows sharing their perspective on influenza-related news, scientific accomplishments, and other issues of interest to the influenza community. 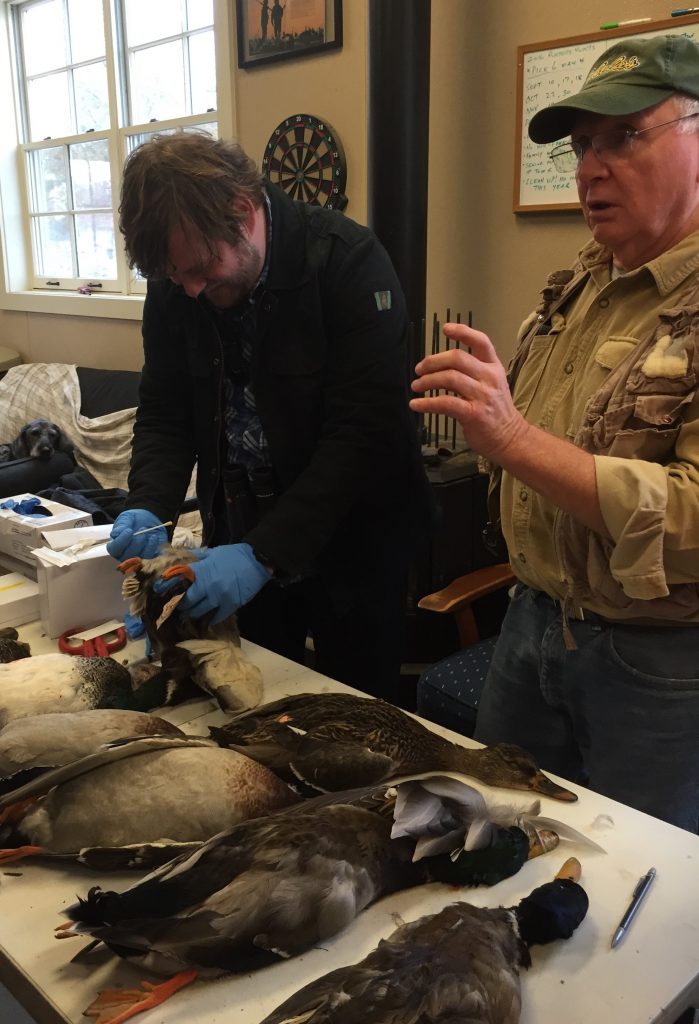 The 2016 CEIRS Surveillance Meeting took place in Columbus, Ohio, November 14-16th. Hosted by the Animal Influenza Ecology and Epidemiology Research Program at The Ohio State University College of Veterinary Medicine and St. Jude Center of Excellence for Influenza Research and Surveillance (SJCEIRS), the meeting attracted 65 researchers from across the CEIRS Network. Topics of discussion ranged from highlights of influenza surveillance projects to pandemic preparedness and response efforts by the Network.

Highlighting Ohio State expertise in agricultural epidemiology, Ohio State and SJCEIRS host Dr. Andrew Bowman provided a summary of influenza surveillance at agricultural swine exhibitions. These jackpot shows occur several months before summertime county fairs and attract exhibitors and their swine from several states, widening diversity and spread of viruses. Swine surveillance at these events seems to predict which influenza subtypes will circulate within swine showing at county fairs later in the year. Dr. Bowman also provided a summary of 18 human cases of variant influenza A virus (H3N2v) associated with county fairs in 2016. Swine surveillance during that period recovered viruses identical to human clinical isolates from several fairs, highlighting the need to continue surveillance efforts at this and other critical human-animal interfaces. Sampling at jackpot shows and county fairs generated much discussion, as many were interested to hear about the show-pig industry.

The meeting featured discussion of “CEIRS Surveillance Top 3” topics, including strengthening current surveillance efforts, barriers to conducting surveillance, and underrepresented species and locations for surveillance. A substantial portion of discussion addressed improving the efficiency of the sample processing pipeline, increasing virus sequencing capabilities, and developing novel surveillance tools. Dr. Constantinos Kyriakis (Emory-UGA CEIRS) provided an update on the Distributed Influenza Genome Sequencing (DIGS) core, a NIAID-funded initiative that increases sequencing capacity within the Network and can accommodate sequencing of up to 1,000 samples in the next year. Thomas Mehoke (JH-CEIRS) demonstrated the capabilities of FLUMAP, an interactive surveillance map that displays a multitude of variables associated with individual locations or clusters of data.

Discussion on leveraging resources within the Network generated significant interest. Collaboration and communication were considered key to coordinate and fully utilize efforts. As a first step, researchers agreed to share their clinical protocols for human surveillance and initiate discussions to streamline surveillance activities, harmonize data collection, and enable more robust data analyses. Dr. Andrew Pekosz (JH-CEIRS) detailed the availability of shared reagents including viral isolates, banked tissues, and cell lines. Protocols are being established for the shared reagents, and these will also be available when completed. Many resources are already available on the CEIRS public website Reagents Page.

Over half of the attendees joined a field trip to the Winous Point Marsh Conservancy in Northern Ohio on the final day of the meeting. CEIRS members were given tours of the facilities and an overview of its history and ongoing conservation efforts. Dr. Richard Slemons (SJCEIRS) demonstrated field identification of waterfowl and typical sample collection for influenza surveillance in wild birds. This unique experience got everyone ‘behind the bench’ doing fieldwork for avian surveillance. Many thanks to the Winous Point Marsh Conservancy members and staff for facilitating this educational experience.

Looking forward, CEIRS continues its global surveillance activities and collaborations within and beyond the Network to tackle the ever-present challenge of influenza viruses in human and animal populations.